Harshal Fuse is one of the young entrepreneurs in India who started InternIn, India’s second largest intern hiring platform that connects colleges, students and startups to connect with each other that has been successful in impressing a large number of students community. Harshal’s story is one of success and skill. His commitment to his company has allowed it to acquire early success. The Harshal Fuse biography helps show how it is possible to make the best of the opportunities that present themselves. Despite growing up in a middle-class family in a small village, he never let his geographical boundaries limit his potential. His individuality and personality were two things that he decided to rely on. His passion for entrepreneurship enabled him to spot opportunities even in the most difficult phase. His philosophy has always been that no two students are alike; every child has to find own calling through exploring different options. Despite the fact that he was an average student of the management stream with no family business background, he still believes that it’s about courage and experience at the end of the day. Harshal was never deterred from his goal of starting his own business and breaking into the startup ecosystem one day.


Harshal is the first MBA graduate from his village studied at Vivekanand college, Mumbai endeavored to bring his imagination into reality and learned his way to success through challenges. Marching as the market leader in its segment and delivering incredible performances crossing milestones of offering internships over thousands of students in pandemic with a well-offered stipend to students and being able to build market trust to gave rise to a community of loyalists. Putting a relentless effort to level up his game and take through his vision to existence has not been easy.

There is an interesting story behind Harshal’s entrepreneurial journey. His inspirational story makes one believe that great business ideas can come from your own life experiences and dissecting your inner powers. He had been searching for internships while the COVID-19 pandemic was being locked down, as he knew he could not sit idle during this time. Accordingly, he began applying for internships. A lack of skills on his resume and the fact that he had never worked before led to rejections. That’s when Harshal, first MBA graduate from his village had his light bulb moment to embark on a new platform. Finally, after two months of searching, he stopped looking and started working on building a platform for startups to assist them and to help other students like himself who are looking for internships constantly. These two months transformed his life. “Great challenges also bring great opportunities” is a mantra he believes in. 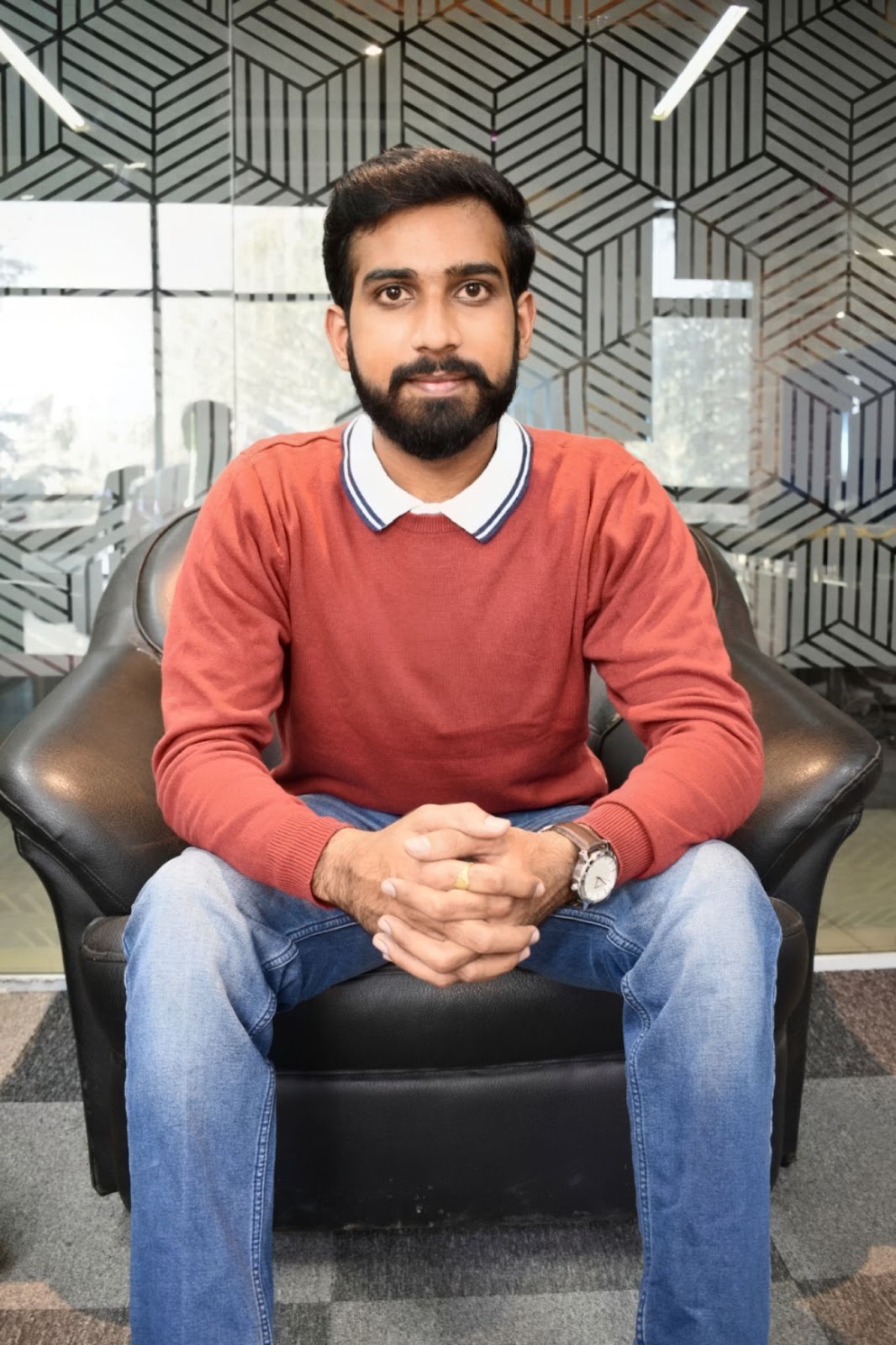 Harshal realized that the pandemic had thrashed the Internships opportunities for students really hard and thus many couldn’t even find internships in good corporates because they were firing their existing staff. He felt the hardships of students and identified this situation as an opportunity  and his entrepreneurial mind loved solve this issues and understood the call was to provide cetralized platform that works for both collegs & startups that’s when his first startup called InternIn came into being.

Harshal never wanted his platform to be similar to the other products out there in the market which made him structure his stringent R&D on InternIn’s features offering. Initially worked as a one-man army without a pause, believing his vision all alone and conquering the set rules of the game, and built a team of 40 people on the way. This insightful experience allows him to foresee the upcoming industry trends and the future course of his venture. Another challenge was to create an international market for his platform, bringing the attention of international students towards InternIn has been a daunting task but teamwork did achieve that and his venture partnered with universities from Canada, Vietnam, Australia, Dubai & Nigeria.

Harshal believes when the world doesn’t resonate with your ideas, one should keep moving forward with intrinsic motivation, trust and focus, even if the road seems full of roadblocks. People who once laughed at his idea of starting a company are the ones who raise a toast in the name of his success.  Harshal is only 24 years old, yet he has come a long way and who proved that there is no age barrier for entrepreneurship. Today, all the companies who rejected him when he applied for internships there are his clients. It’s just a matter of having the spirit of curiosity to try something extraordinary in order to make a difference. He says, An entrepreneurial journey doesn’t teach you only the way to business but much more about life.

Harshal was never scared to explore new things or take risks. The success of InternIn, which he founded in 2020, has rewarded out handsomely in 2022 when he became the India’s youngest startup founder with its acquisition by Belong. InternIn is among the youngest startups to grow and tap market into the tier-ll & tier-lll student market. Belong has stepped in and acquired InternIn in a cash and stock deal.

Speaking about the acquisition, Harshal mentioned:  “InternIn was launched to revolutionize the intern hiring experience for startups through a high-quality product built around convenience and choice. InternIn has been on a high growth journey over the last year thanks to our core team and the continuous product innovation. Our team has demonstrated a unique ability to stay true to their core build technology solutions that bring a complete transformation in this space. Over the last couple of years, we have not only built a strong brand preference among the student community, but established a solid, hyper-growth business. InternIn helped students to get meaningful internship in their desired startups and has more than one million students assets on platform and receives 3.5 million monthly traffic from across the India and became to be India’s 2nd largest platform that provides students and job seekers from Tier 2 India with a common platform to connect with startups for internships. The success of our venture has stoked the upgraded entrepreneur in us and we are now moving on in search of the next big idea”

Harshal did not attend college in the traditional sense. He had chosen to not to attend second year of his MBA and focus on building his startup instead. Isn’t it frightening? Harshal’s lack of a college degree has no impact on his success as he hasn’t worried about the past, and he always had to move forward. Today, he is a successful entrepreneur with a thriving business. He has never looked back, and he is proof that with hard work and dedication, anyone can be a success.


During the development of InternIn, his primary concern was to provide startups with low-cost hiring. Our low-cost offerings have helped InternIn achieve rapid growth early despite competition, Harshal says. With over 450 startups, thousands of colleges, and lakhs of students, InternIn is India’s second largest intern recruiting brand and has changed the face of Indian hiring. The success of InternIn can be attributed to its commitment to addressing the issue of internship availability and affordability in the whole startup ecosystem.

InternIn has revolutionised the face of Intern hiring in India, and as a result, Harshal earned his current popular internet stage name Internpreneur because of his impactful work in the internships domain. He helped more than 25,000 students in the COVID-19 pandemic by providing meaningful internship opportunities. Also, Harshal was named one of the top “Linkedin influencer” by ASTNT Media and “Top 30 youngest entrepreneur of India“ by United Business Journal. He has been two time Josh Talks speaker and served roles as CMO at Colco India and COO at DooGraphics and currently advising multiple startups and helping them grow. Apart from being a great business enthusiast, he also works towards mentoring students and serves as a youth counsellor at Art of Living. He is also a motivational speaker and has successfully delivered several lectures in B-school across the country. 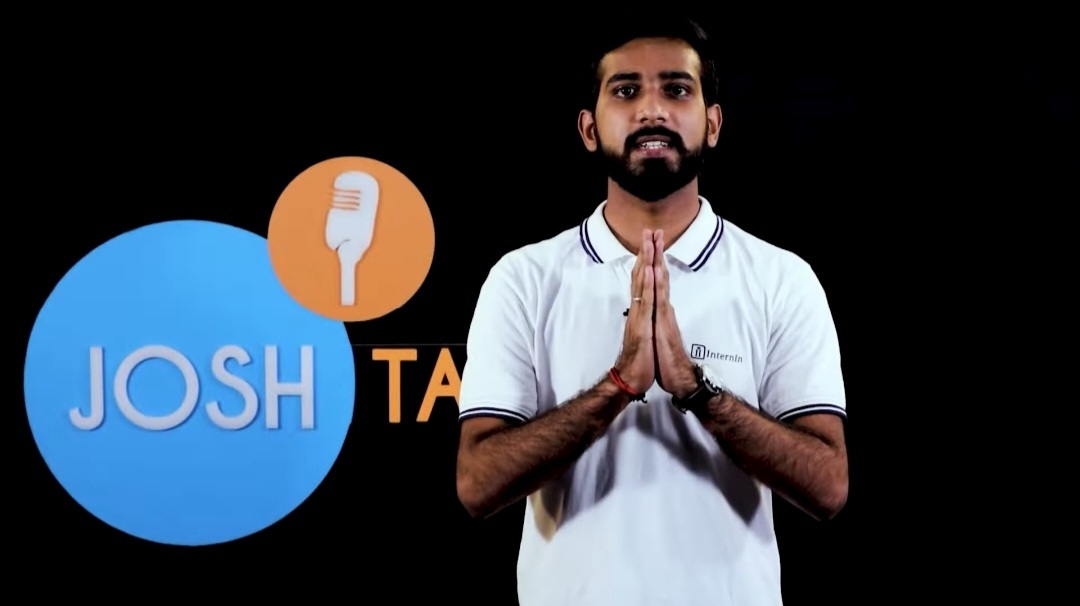 Harshal’s humble approach reflects his meteoric rise to business and digital popularity. He believes that “every ordinary youngster those who are curious enough to know why? when? and what? about anything can become an entrepreneur. Today, no list of india’s young entrepreneurs is complete without Harshal Fuse and that being said after these early successes these early successes adn stepping down from his CEO role at InternIn, Harshal showed no sign of slowing down, and started his investment journey in search of the next big idea and proved that entrepreneurship isn’t just about unique ideas; it’s also about borrowing the best practices and executing them.

When we asked Harshal about his journey, he mentioned, starting out solo to building a team of over 40 was never easy. A story about being an introverted, shy, and guy from a small village who suffered rejection, and now a successful exit. Completely bootstrapped with very limited resources, we grew rapidly and sustainably worldwide, onboarded students from across the globe, and developed an age-appropriate student community. Over the last 2.5 years, we have not only built a strong brand preference among the student community but established a solid, hyper-growth business. We were on a roller coaster ride, undergoing countless experiments, but it was all worth it. My sincerest gratitude goes out to the team who made this a memorable experience. I sign off from my position as CEO at InternIn (acquired by Belong). Eventually, all good things must end. We started with just one and grew to over 40 champions. From 1 product to over 100+ features in just a few years. It wouldn’t have been possible without my amazing team. They amaze me with their unity, motivation, passion, and demonstrate that what I always say is true: “Success is never an accident; it is always the result of intelligent effort.” 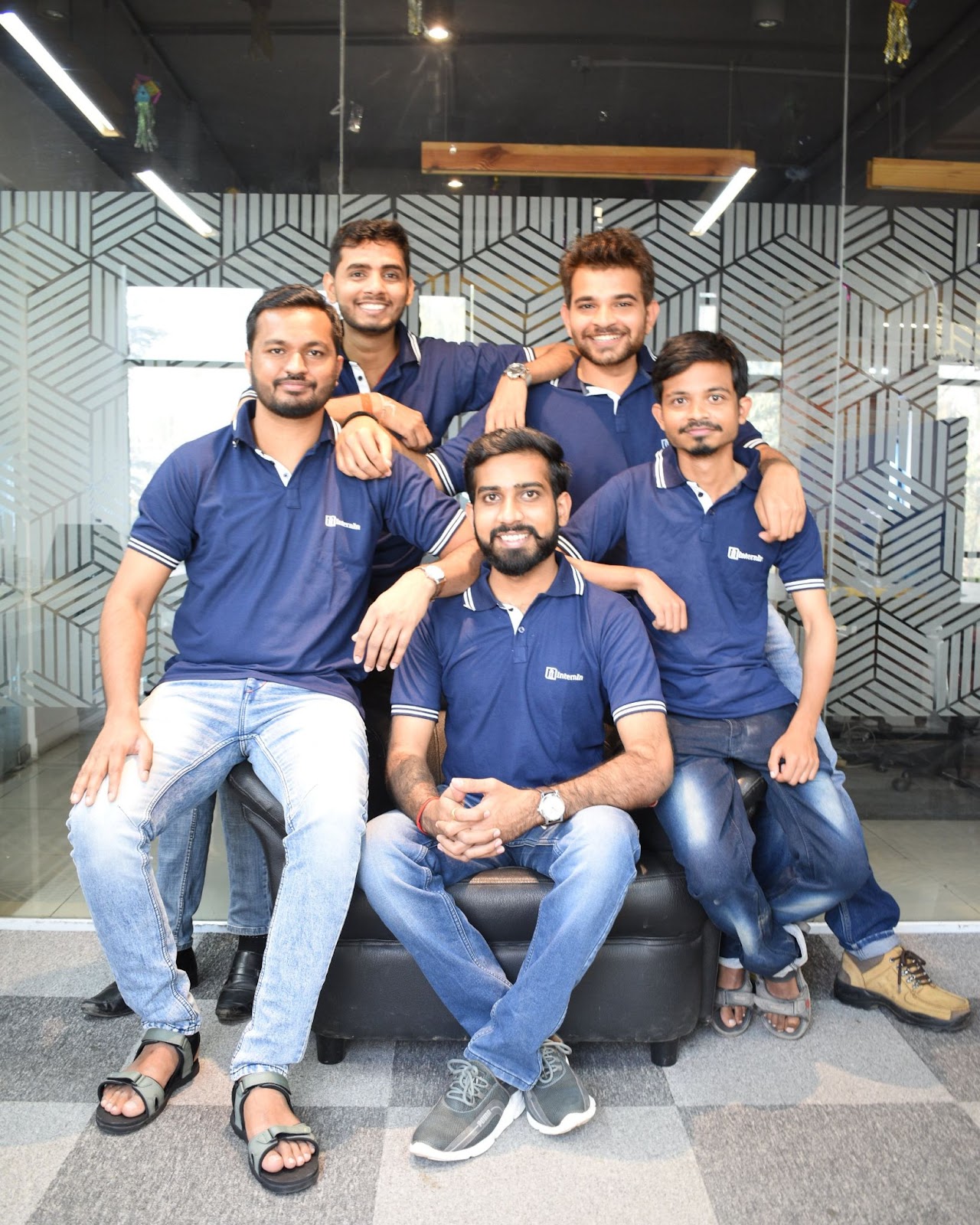 Harshal has gained the momentum, respect, and admiration he enjoys today because of his entrepreneurship and unique and innovative startups. It is true that the pandemic has changed many things for many people, but his ventures have always tried to stay on top of the changing times with more work across platforms and initiatives under his startup. Just like any other newcomer in the business world, his path too was not a bed of roses, and he has had to go through many trials and errors in life to ultimately make it in the entrepreneurial world. Before making this huge success, he failed many times before finding a versatile founder within himself. His mistakes in life turned out to be stepping stones, which allowed him to become the successful entrepreneur he is today.

What is Cryptocurrency and Primary Reasons For Market Growth?

Michael Keaton dedicates his SAG Award for “Dopesick” to his nephew, who died as...

Gary Barlow has sparked rumors he will make a cameo appearance in Robbie...